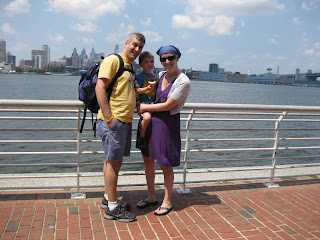 I don't know anyone who enjoys doing laundry. Certainly before this treatment began, you would not find me jumping at the chance to haul a heavy basket of clothing down two flights of steps, only to have to remember to switch the lot into the dryer before mildew sets in, and then pull it all out of the dryer before the wrinkles do their thing. Oh, then there's the folding. It's not so bad if I practice a bit of FWW (Folding While Watching) and there's something good on TV. But the absolute worst part of laundry (for me) is the putting away. Weeks have gone by, new buds grown on the trees, and I have let baskets of clean, folded laundry become new pieces of furniture in my bedroom.

But, all of a sudden, those mundane tasks that I dreaded doing before aren't so lame anymore. I long for my April life, my March and February life, when I only had the fertility blues and not the I-can't-lift-my-head-off-the-pillow and the I-hope-I-survive-this-treatment blues too. Yes, I was devastated on a monthly basis when those stupid pee sticks came up negative again and again, but at least I could make myself a snack. I could DO the laundry. I could clean up after Judah. Having cancer and going through treatment is so humbling.

All I want to do is whatever I want to do and my body doesn't necessarily agree. There are so many things healthy people complain about and never give a second thought before they experience illness, myself included. What did I know of this? After all, who doesn't complain about washing dishes and tidying up and packing lunches and running errands?

People who can't, that's who. People who have it taken away and just want to suffer through the annoyances of healthy life instead of the threat of death.

Yesterday, I did laundry! I cleaned up the house! I vacuumed! I started packing for the beach! In fact, at this very moment, there is a basket of clean clothes chillin on the couch, just waiting for me to fold them (don't worry, Bang For Your Buck is on and they're showing kitchens!). It's all so normal. I love it.

Today, Dan and I took Judah to the Aquarium for the first time. He totally loved it - touched a shark, attempted the sea stars (water too cold), woke up the hippos, saw the giant crabs and seahorses. What was his favorite thing? Seeing the scuba divers in the main fish tank. There are huge stingrays, sharks and sea turtles in there and what interests him the most? The humans.

Even with all the stares (I refuse to wear a wig around all morning long - any other head covering typically screams "cancer patient"), I was so happy to be there with him to witness personally the look on his face when he saw the jellyfish tanks and the shark tunnel. It was exhausting but worth the energy (and money!). The only weird part was while Dan and Judah were having a (rather long) trip to the restroom. I rested on a bench, watching the masses line up for face painting and photos with the aquarium mascot (an oversized blue, fuzzy, walking shark). I sat there wondering how many of the people there had been or will be diagnosed with cancer in their lives. How many have it now and don't even know it? Sad and depressing. Those SU2C statistics are hard to ignore (1 in 2 men, 1 in 3 women).

Judah asked while we were in the car on the way there why I was wearing a bandana. After all, at home, I don't wear anything on my head, so for him, to see it covered is unusual. I explained about protection from the sun and how not everyone is used to seeing me with no hair, so it makes other people more comfortable. It struck me how we are each getting used to a new normal (and did I mention how it freaking sucks that my 3 year old is now used to me with no hair?). 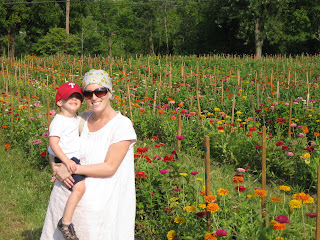 Sigh. Luckily, he doesn't seem worse for the wear and continues to be a happy, healthy, normal little boy. For that (and the ability - however temporary - to do some laundry), I am eternally grateful.