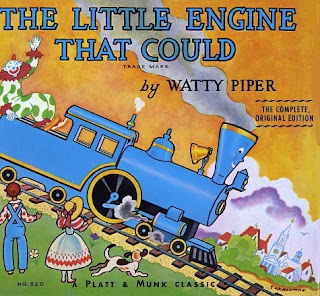 Today being my strongest and healthiest day of the cycle, I went to visit my students at school.  My main goals were to sit and talk with my kids, reassure them that I was indeed going to return in due time, and attempt to answer their questions.  Secondary goals were to see my fabulous friends/co-workers, thank people for their support and wish everyone a Shana Tovah (Happy New Year for all of the non-Jews reading this).

First, I dropped Judah off at school, where he proudly told the preschool director I had no hair and did she want to see under my hat?  Thankfully, when I left him with his friends there were no tears (on his end), and I drove my usual route to school.  It was so bizarre to be running through such a familiar routine but under such foreign circumstances.

As always, I brought lots of stuff with me (you gotta know by now how much I love stuff), new books for my library, new stamps and crayons for the room (with a new ink pad, special for you, Chris), and of course, 32 individual bags of white m&m's (with lymphoma lime green pipe cleaners as twistie ties to keep them closed).

I was truly happy to see all of the familiar teacher and student faces (I have the same students as last year - called "looping" for you non-teachers) and a few new ones, recently added to the bunch.  It felt good to be on auto-pilot, looking for the kids who were supposed to be wearing glasses or hearing aids (and who, as usual, were not wearing them), giving hugs, smiles and winks all around.  In the car on my way there, I was concerned I might not be able to have a serious talk with them without tearing up or becoming emotional (I ALWAYS cry at the end of reading Charlotte's Web aloud and throughout The Keeping Quilt, so it wouldn't be the first time the kids had witnessed a Mrs. Blitstein downpour).  But when the time came to tell them the facts, I totally kept my cool.

I rewound time and started the story back at the last time they'd seen me, in June.  I introduced them to new vocabulary words like biopsy and lymphocyte, chemotherapy and neutropenic.  By far and away, the best reaction I got was when I  revealed (whispering for full effect) that the medicine I had to take was so strong, it made my hair fall out (collective GASP!).  I tried to explain everything on a 4th Grade level, and gave some of them a chance to share their own scan experiences with us or a partner, but I got stuck trying to come up with another word for metabolize (I'm open to suggestions).

They seemed okay with the fact that NHL actually meant cancer (I tried to beat around the bush, but when I was asked outright, I couldn't lie), and that as long as I was still me and I was going to come back, they would be alright doing the school thing without me for a little while.  But they did want to know exactly when I would be back.

"No, it's going to be a little longer than that..." I answered.  I began to map out the timeline of the next few months, with my final 2 rounds of chemo, scans and potential radiation.

"No, less than that.  When Dr. Henry says I'm all healed inside.  If I have to use all of my energy to heal, I won't have enough left over for you people.  I'll know more tomorrow, when I speak to the doctor."

They seemed satisfied with that response and I thought I had fielded their queries like a pro.  The last question (it was time for Science prep) was definitely a perfect grand finale.

He might as well have asked how Stonehenge was made or if other life forms exist in the universe.  My response to all of these (and others...) was the same.

"We don't know.  Scientists have some ideas, but we really just don't know."

And as disappointing as that anticlimactic answer was, it was a perfect opportunity to plug the SU2C telethon this Friday at 8 pm (EST), on all major networks.  I described my link to the organization (the fact that my brother's mother-in-law produced the Spiderman movies quickly got their attention) and told them to tell their parents to tune in.  It's not really a children's show, but I'm sure they will all still be awake (one child asked if it would be on the Disney channel) and in front of the television if their parents remember/decide to watch.

For those of you non-Facebookers (is there anyone left?), I am thrilled to report that Judah's urologist loved his scans and gave us all a big sigh of relief on Tuesday.  Judah will not need another check-up until next summer (just an ultrasound, or as we call it, jelly on the belly, and no more scans!) and after that, he can go two years before his next appointment!!  Just one more hurdle crossed over in the summer of craziness.

Tomorrow, instead of participating in the traditional Rosh Hashanah services, I will be visiting with Dr. Henry, and offering up my port to receive my fifth (that's 5th) round of the beloved R-CHOP.  While I'm there, I will set up an appointment for my LAST round of chemo (...and the crowd goes wild!!!!).  Aside from the tough and feisty white m&m visualization, I imagine myself as the little blue engine from the old classic, and coincidentally, Judah's newest Book of the Week, The Little Engine That Could.  I know for a fact there are those who faced cancer before me who were big and shiny, or strong (read: athletic) and powerful, old and rusty, or just unkind.  But as a children's lit major (yes, there is such a thing), and of course an elementary school teacher, I do firmly believe in the power of simplicity.

Shana Tovah - Happy New Year - I wish you all health and happiness (which I've recently discovered are very closely related) in the coming year...