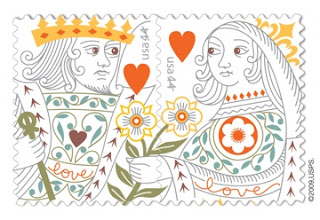 I finally had a (much needed) session on Wednesday with a psychologist who specializes in people and families dealing with cancer.  It was just an intake meeting before being assigned to another therapist who I will hopefully meet with next week, before my final chemo treatment.

On the initial paperwork, below where you write your name and all of your important numbers, there was a space for you to write why you were there.  I wrote PTSD?  Cancer?  As in, 'nuff said?  Does there need to be more of a reason than having cancer to see a shrink?

After telling him my whole long saga (starting with struggling to conceive since last January), he asked me why I'd written PTSD.  Like, what have I experienced that made me feel traumatized?

My first response was that I have problems with memory loss.  For example, apparently I participated in a conversation with Dan about postage stamps where I (according to Dan) refused to use liberty bell "forever" stamps and forced him to go back to the post office and buy pretty stamps.  This frightened me for two reasons.  One, that I flat out refused to use the liberty bell ones?  Not completely unreasonable, seeing as how they really don't demonstrate a great deal of individuality or uniqueness, but I'd never actually refused to use them before.  And two, I have zero recollection of this exchange.  Zero.  That's weird.

I continued to explain that I have been extra emotional lately (um, for the past few months?), crying easily and worrying about how even after my scan results are in and I've been radiated, this is never going to be completely behind me.  I will be afraid for the rest of my life (however long that will be) that one day, lymphoma will jump up behind me and bite me in the ass again.

He nodded, and confirmed that my feelings were all truly normal (there's that word again) and that I have every reason in the world to be terrified.  Basically, we agreed that while I'm coming to the end of the first part of my treatment, I still have a lot of work to do in the therapizing department.  And that's not even including the whole fertility project.  So, I gave him my blog address (Hi Dr. M, if you're reading this!) and I left the building feeling a tad lighter than when I entered, looking forward to my next session.

In the beginning of this blog, I believed this was just a bump in the road and once treatment was over, the cancer would be gone, and I would be cured!  I would go back to my life as I knew it and be stronger for having survived it, but my hair would grow back and I would still be me.  I guess now, it's not that I won't be me, but the bump is less like a change in pavement types and more like a Philadelphia pothole after a long winter:  cavernous and destructive.

I'm wary of people who call certain types of cancers "curable" when caught early (such as a lady on the Today show did this morning).  Yes, you may be able to rid a person's body of all traces of cancerous activity for a time, but that does not guarantee that it may not return.  What exactly constitutes being cured?  According to the Merriam Webster Dictionary (dot com), there are several definitions of the word.  Aside from the one dealing with meat, my favorite is "to free from something objectionable or harmful".  That's the one I'm going to hope for now.  To just be freed.

Tomorrow, my week o' complementary medicine wraps up with acupuncture.  I always look forward to laying in a bright room with flute-y music playing and very skinny needles opening up my chi.  Let's get this healing party started, yo.