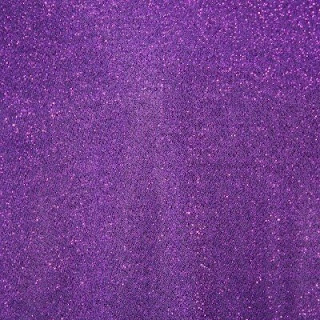 There's definitely no avoiding it now.  I'm a cancer patient.  Most of my hair is gone (and what remains continues to leave a ring in the bathtub), my complexion is a pale shade of Elmer's glue, my muscles are weak, I spend 10 out of 21 days trying not to be really sad or take my anxiety out on everyone around me and my face lights up at the thought of the physical act of shopping at Target.

Depression is definitely common in cancer patients and given my family history as well as my own personal history with it (I'll save the details for the published version), I am not surprised at how this illness has taken its toll on my emotional well being.  That being said, I surprisingly, did not suffer from postpartum depression after Judah was born (full well expecting to) and had been relatively stable since the post-graduate school episode up until the whole fertility thing began to get out of hand last summer.

Certainly part of the delay in getting myself diagnosed was that I thought (and others helped to confirm) that I was causing many of my symptoms by allowing my overwhelming emotional stress to overflow into my physical wellbeing.  I wasn't really itchy, it was caused by anxiety.  I wasn't having breathing problems at night, I was just waking in a panic because I couldn't relax.  And a few months ago, my biggest fear was that I would have to go on anti-depressants (to rid myself of these pesky anxiety side effects) before Dan and I could step up our fertility efforts.

I went in for an itch prescription and came out with cancer.

Knowing now what I did not know then, I feel a great deal of relief that my inability to relax wasn't causing these bizarre symptoms.  But of course, on the other hand, no one knows what did cause them.  Or if once they're gone, they're gone for good.

I just finished reading Rebecca Gifford's Cancer Happens. (Are you sick of this yet??  I know I am.) She was diagnosed with NHL at 22 years old, had chemo and radiation, then 3 months after being told she was cancer free, relapsed and had a bone marrow transplant.  She was not told about the fact that a transplant would leave her infertile until just a few days prior to the procedure, leaving her no ways to preserve her fertility.  Only once she got married, and reached that point in her life where she felt the sting of not being able to carry or produce a child with her husband, did she begin to face what that meant for her emotionally.  She writes a lot in the final chapters of her book about survivorship and tips for how people unafflicted with cancer can best allow them to feel comfortable and "normal".

So I have been thinking ahead (better than being stuck here in the present) about finishing chemo, moving onto radiation, being/becoming a survivor and returning to my life, where, as Jon Stewart so eloquently reminds me, I have shit to do.  The past few months have been like a war zone in my body and I am certain I will require some major therapy for PTSD when all is said and done.  I wonder about the long term side effects that I now read about (food allergies?  early menopause?  low immunity?) and which ones my body will creatively confront me with.

Like I said, I like to be prepared.  So since I already know what to expect over the course of the next month, I'd better start preparing for what comes next.  I've been researching radiation oncologists and will hopefully have an appointment or two set up for the coming weeks.  I've contacted the township (yes, AGAIN) to simply move the marching band practice location for my (hopefully final) days 7-10 (is that too much to ask?).  I am signing Judah up for a kidnastics class that runs for 10 weeks, starting in October and we (at LONG last) got rid of the smallest, dirtiest, furriest poop machine that invaded our house earlier this week.  Sounds like I'm ready to just jump back in the game, right?

Well, yes, kind of.  I'm torn.  I am not the same person I was a few months ago.  That doesn't mean I know who I am now, I just know I'm not the same.  Every fear I ever had about something bad happening was validated.  Okay, maybe not every single one, but certainly a lot.  I'd never had worse than the flu before, never broken a bone or been in the hospital.  Even getting pregnant with Judah was a breeze.  And since we'd been trying for #2 for so long already, this bout with cancer just feels like one more giant brick wall dropped in front of me, preventing me from getting to my goal of just having a regular healthy family.  So, that?  The regular, healthy family thing?  That is what I'm ready for.  I know I can't erase the past few months, but a large portion of my brain - the part that keeps me from throwing a temper tantrum every day - really wants to just forget being sick.

The worst part (ok, not the worst, but it definitely qualifies as annoying) is that I haven't actually been sick, right?  All of this feeling like crap?  Is from the chemo!  I never felt a fraction of the crappiness, physically, before my diagnosis.  Itchy?  Yes.  Frustrated?  Yes.  Sad?  Yes.  But this chemo stuff... Dude, it brings crap down to a whole new level.

After depressing myself by catching reflecting glimpses of my head on the iPad, iPhone, and tv screens (I try to avoid the mirrors altogether), I have come to the conclusion that covering the baldness might not be so bad.  Maybe I'm traumatizing myself (as well as Judah) by walking around uncovered all the time (when I say walking around, I really mean laying about).

So in preparation for the new normal, set to make its appearance in a few months, I am going to try to look a little less like cancer and a little more like me.  You can probably imagine that I am typically decked out in mostly purple (when the good stuff is clean) and sparkles whenever possible.  But I haven't really put on outside clothing for the past week and a half.  In the beginning of treatment, I made an effort to get dressed every day.  In something I could be seen by more than my immediate family.  But slowly, I stopped caring about looking like I was trying.  I just wanted to be comfortable.  Don't get me wrong, I've been bathing regularly, it's just that when I get out of the tub, I put on clean pajamas, regardless of the time of day.

Today I vow to get dressed again.  I will put on leggings and a dress.  I will get gussied up to go down to the couch.  I will sit out on the porch for my extra vitamin D and I will look good doing it (easy for me to say now, it's Day 10!).  When the delivery guy comes, I will try not to scare him with my puny eyebrows, but I will show him my glittery cheeks and smile as I inhale the smell of grease and cheese...  Look out, Survivorship, I'm on my way.